Riccarda Suitner: The Dialogues of the Dead of the Early German Enlightenment 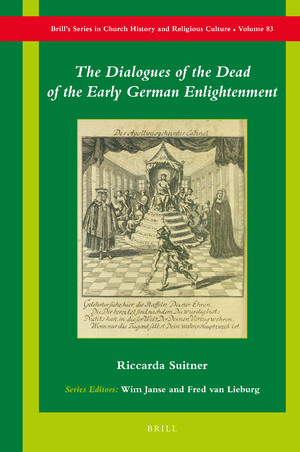 For the first time, this book reconstructs the fascinating story of a series of anonymous "dialogues of the dead" published in Germany in the early eighteenth century. The texts stage fictional debates between some of the most famous thinkers of the seventeenth and early eighteenth centuries, such as Descartes, Leibniz, Thomasius and Bekker. The dialogues were originally published as cheap prints and very few copies now survive; until today the links between these texts and the very existence of this textual corpus have remained unknown. Starting from the little reliable information available, Riccarda Suitner conducts an exciting investigation of the authors, production, illustrations, circulation and plagiarism of these texts in the intellectual world of the early eighteenth century, proposing a new image of the German Enlightenment. The German edition of this book was awarded the prestigious Geisteswissenschaften international prize.